Are You Ready To Have Your Mind Blown?

According to the Bureau of Labor Statistics, in January 2019, 3.5 million US workers quit their jobs. We’re not talking about firings or lay-offs here – people left their current job to move on to another opportunity. What a nightmare for recruiting and hiring managers everywhere! To add another layer to this issue, millennials are currently the largest generation in the U.S. labor force and, according to Gallup, have garnered a new nick-name: the job-hopping generation.

Social identity and self‐categorization theories state that a strong organizational identification is associated with low turnover intentions. Employees think and act on behalf of the group they belong to because this group membership adds to their social identity, which partly determines one’s self‐esteem. This helps explain why 62% of employees with one to five work friends said they would reject a job offer; that increases to 70 percent for those with six or more friends at work. The tighter bond an employee has with their colleagues the less likely they are to jump ship.

Many organizations today are offering open mentoring programs to help foster a mentoring culture. This lets employees know they are being invested in and supported. These programs are often available to all employees at the organization. This has been especially popular at organizations with lots of millennial employees, and rightly so; a 2016 study by Deloitte concluded that millennials planning to stay with their current employer for at least five years were twice as likely to have a mentor than not. There are reasons, other than strictly retention, to have these programs. They can be an effective way to promote an informal mentoring culture, they can focus on organizational improvement opportunities brought to light by engagement surveys and alleviate skills gaps. In fact, the same Deloitte study found that 63% of millennials say their leadership skills are not being fully developed. Mentoring can help develop critical skills and create a more engaged workforce.

What types of mentoring programs are best for increasing retention?

Some of the best retention ROI results come from the following mentoring programs: onboarding, high potential, and succession planning.

Onboarding mentoring programs have the most obvious link to retention, especially considering the highest turnover rates are consistently seen within the first two years of employment. Having a ‘buddy’ or ‘go-to person’ – that’s not your boss – is helpful and decreases isolation. We see the most mentee benefit when the mentor:

High Potential mentoring programs align well with re-recruiting strategies. You’ve got them in the door and invested time and resources in training them, so now it’s time to encourage them to aim for a long-term career and capitalize on their leadership potential. Ideally, high potential programs:

Succession themed mentoring programs can be the career development equivalent of a victory dance – albeit much more deliberately planned. The mentees in these programs have already been heavily invested in and will be among the next group of leaders to help drive the organization to new heights. These employees are your most valuable team members. You can bet recruiters representing other organizations have knocked on their door more than once. Pairing these folks with the right senior leader(s) is the best way to prepare them for new levels of responsibility and keep them highly engaged in the success of your organization.

Mentoring programs framed around specific business/functional units for the transfer of technical knowledge aids employee retention as they feel better supported in their day-to-day tasks. In short, we like doing what we’re good at doing. Functional mentoring goes beyond training and coaching. Ideally it pairs folks up from the same discipline but at different work locations and/or areas of business. This will broaden the perspective of both the mentor and mentee. You’ll find it also strengthens alignment across the operation. How can you beat that!?!

Diversity and inclusion initiatives are supported and enhanced by mentoring programs in a variety of ways. Affinity circles, group mentoring, flash mentoring, and traditional mentoring all offer scalable solutions for keeping critical D&I dialogues going. They can offer instant support and structure for new support groups, break-off discussions, inclusion initiatives, and help connect new employees with the right people at the right time.

Build these important logistics into your programs

There are some variables within designing a mentoring program best suited for increasing retention. For example, allowing prospective mentees to suggest or request a mentor while enrolling in the program empowers them with ownership of that relationship from the very get go. That feeling of ownership transfers from the relationship directly into their role at the organization as they feel more autonomous in their own development.

It has been said what gets measured gets managed and mentoring programs are no exception. The clearest indicator of mentoring’s impact on retention can be tracked by mentoring software through integration with an organization’s HRIS system. We can compare mentoring time invested per participant with promotion and churn data points to scale both precise and high-level correlations between mentoring program involvement and retention. This is best done over the course of 5+ years but can be valuable data in as little as 1 year from the date of implementation.

BONUS: Your checklist for a successful mentoring program to increase employee retention: 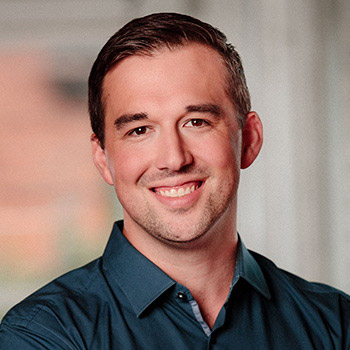 As a Senior Success Coach at MentorcliQ, Nate has implemented successful mentoring programs for dozens of U.S. and international companies and has facilitated in designing and guiding corporate mentoring strategy to help companies evolve from a single mentoring program to establishing an organizational “mentoring culture.” Prior to MentorcliQ, Nate led Customer Success training initiatives at one of the top-ranked airlines in the U.S.. With degrees in Adult Education, Communications, and Film he toured the country providing seminars and consulting for public speaking and communications and has even been a Producer in a number of films.