Mentoring For Your Diversity & Inclusion Goals

It was early 1990-something when I was working in a manufacturing environment in an IT position. I was new to the field and new to the job, located in a rural part of Ohio, and really excited about the possibilities ahead of me. As a military brat, I was accustomed to hearing crude language, so the manufacturing environment didn’t bother me. What I hadn’t experienced a lot of growing up, however, was racial discrimination. While I was walking out of the cafeteria area, the word “chink” was slung at my back. It hung in the air while I decided what to do. Not wanting to be labeled as a trouble-maker in a new job and not having any other minority colleagues to ask advice from, I continued walking and never said a word about it to anyone.

That was the last job I held professionally before deciding to stay home with my growing family for the next decade. Thankfully, the work environment has changed for the better in terms of diversity and inclusion – and research is showing positive outcomes for organizations who embrace it.

Recent research from McKinsey shows that diverse workforces outperform less diverse organizations by 35 percent. Now seen as a core business practice (rather than a box to be checked), organizations are seeking strategic and sustainable ways to increase and retain diverse employee populations.

Until recently, diversity efforts have focused on creating diverse working environments without thought to the culture that candidates would be entering, resulting in low retention rates and no real measurable change in managerial or executive representation.

This was true at my former workplace. Diversity, however, is the result of creating an inclusive environment. Sabrina Clark, associate principal at SYPartners, describes an inclusive environment as one where every person can contribute in their unique, meaningful way and feel safe and secure doing so. Mentoring programs provide a natural framework to support a culture of inclusion and promote diversity.

Over the years, familiar steps that organizations have taken to meet strategic goals include class-room type training, changing processes, and tying performance ratings to outcomes but using these tactics for D&I initiatives is proving to have little to no effect and have even led to negative outcomes.

Diversity and Inclusion training, while well-intentioned, have not resulted in improvements for white women, black men or Hispanics in management. In fact, opportunities have actually decreased by 9% on average for black women and 4% to 5% for Asian-American men and women in a study of companies that included over 800 U.S. companies. Evidence also shows that mandatory programs can increase bias, with participants reporting more animosity towards groups of people after completing compulsory training than before. Even in well-designed programs, large organizations can find themselves challenged to effectively deliver training to thousands of employees across a global landscape. Programs are often shortened or facilitated by internal trainers lacking subject matter expertise, leaving employees to internalize and interpret learning with no follow up discussion or reflection.

Changing hiring and recruiting practices are process-oriented practices used to increase diversity and inclusion. While the use of recruiting software helps to reduce bias in the initial selection process (nearly 40% of companies now use hiring tests as means of reducing bias while assessing skills for front-line employment) 66% of U.S. companies still report making a bad hiring decision every year. Managers want to have a say in who they will work with and who can blame them? But as it turns out, the similarities between interviewer and potential employee that influence the decision-making process are bad predictors of future success and lead to homogeneity in business groups.

Performance rating systems can also have an adverse effect on diversity and inclusion efforts. At the surface, ratings seem like a fair and unbiased way of ensuring fair compensation and promotion decisions but studies show that the use of performance ratings have no effect over a 5-year period for minority managers. White women actually experience a 4% decrease in management when using performance ratings as a means of determining pay and promotion decisions. Similar to hiring practices, when faced with decisions to rate or force-rank employees, managers tend to more highly rate those like themselves or rank everyone the same.

Make Mentoring Your Strategy To Meet Diversity And Inclusion Goals

Historically difficult and time-consuming to manage, mentoring software now makes launching and managing mentoring programs an initiative worth investing in on an organizational level. When the main factors that increase diversity and inclusion (voluntary participation, and increased interaction between groups), are taken into consideration, mentoring meets both criteria.

Open mentoring programs, where all or large segments of the employee population can participate in, can be launched quickly and managed efficiently when using technology to support the effort. Open mentoring programs communicate to employees that everyone has equal opportunity for professional development in their own unique environment. Options for employees to create and even administrate ERGs based on gender, ethnicity, or even stage of life helps employees to feel like they are accepted and belong. Research conducted by Catalyst Research Center for Advancing Leader Effectiveness shows a direct correlation between employees’ perceptions of being included to retention and growth. It certainly would have been valued by my 20-something year old self, and represented a cost saving in terms of turnover for the company I worked for.

In addition to open programs, mentoring programs targeting certain populations are a highly effective strategy in meeting diversity goals. For instance, organizations looking to increase women in leadership are able to provide both feedback and access to leadership through mentoring programs, two identified areas of disparity that stall professional progress for women. In a study conducted by Harvard Business Review, increases in management between 9% and 13% for black and Hispanic men, and Asian-American men and women were reported in organizations with voluntary programs, with no decrease for white or black women over a 5-year period.

When tied to business initiatives, a diverse workforce can lead long-term, sustainable diversity efforts, leading to significant revenue-generating outcomes. While we can wax poetic about social justice, organizations also have a responsibility to be profitable as well as ethical. The good news is that diversity delivers a competitive financial edge for organizations. Companies in the top-quartile for ethnic and cultural diversity were 33% more likely to outperform on profitability.

Executive support for diversity leadership roles and mentoring programs can provide rich insight into an organization’s workforce and marketplace. One impressive example includes the accomplishments achieved from IBM’s D&I program. Market Development in their SMB Sales and Marketing organization grew revenue from $10 million to hundreds of millions over a 5-year period of time.

Working at MentorcliQ, I have the privilege of being part of a solution that is integral to the progress of women, minorities, and under-represented groups in the workforce every day. It makes me immensely proud that understanding and inclusiveness of others is being becoming part of the culture of the workplace. The fact that inclusiveness has purpose in our work communities makes it all the better. 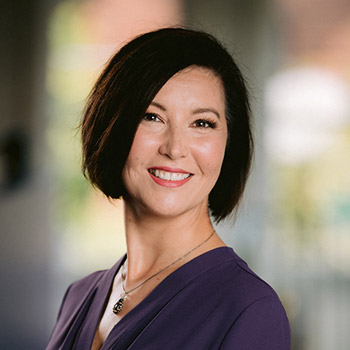